The universe and its magical existence have a full-fledged influence on our lives, whether you believe it or not. People often wear stones or pearls to get rid of their issues and attract the positivity towards them. One of the rarest existences, in this dominant gem world, is Gaja Mukta or commonly known as elephant pearls. It is a yellowish white, OVAL shaped stones. It can also be PEARLISH in tone, depending upon the formation. Gajamukta is the rarest pearl, known to exist in one out of the million elephants. Its formation is exclusive, like its existence, i.e. from the calcified masses of ivory and tusk of the elephant. It is classified as a Mani that is rare in existence.

Possessing magical and medicinal values, Gaja muktas are rare thus highly expensive and valuable and were owned by few of our great Kings of India during that era. 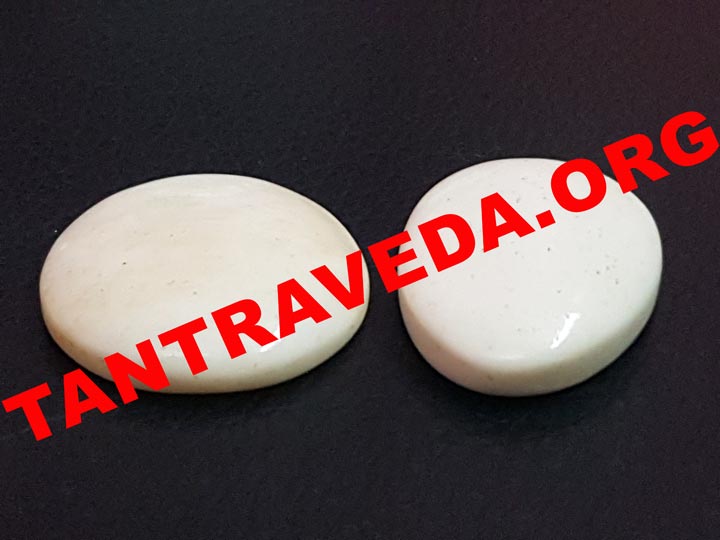 Significance of Gajamukta:
The revered and valued stone of gaja mani has divine and magical existence. It is widely renowned as a stone that keeps you away from all the negativity and stress. The stone has a cool and peaceful radiation as the natural pearls have moon dominant qualities. It is a sure shot jackpot for the owners, who possess this stone as he never has to worry about finance, therefore it was owned by Maharajas in the earlier time. They have unique feature of curing acute diseases and can even bless the barren women with the ability to conceive. Major problems like arthritis and joint pains have been cured by this extra ordinary pearl. It not only has a scientific relevance but is also a divine healer as you feel a change in your inner self. The vibrations of your surroundings transform tremendously and your lost peace is regained by achieving silence.

Mythological and Scientific Relevance:
The ancient Buddhist texts consist of the magical relevance of elephant stone and is still revered and adored by them. According to the scientific researches, an elephant lives for approximately 125 years, so these pearls takes more than 75 years to be formed. It begins from a tiny grain sized to different sized stone, according to the tusk of the elephant. This rare gem is only found in Airavata race and has adjoining sentiments of gaining wealth, fame and curing diseases. The Hindu text believes that this pearl is a symbol of Lord Ganesh’s soul and therefore considered fortunate and lucky.

Myths About Its Unique Testing Qualities Which are NOT TRUE:
Gajamukta is known to possess unique qualities that make it differentiate from others. When two elephant stones are placed together, they are attracted towards each other but they do not hold any magnetic traits. The water turns milky, if Gajmukta is put into clean water. Bubbles are produced, when the stone is kept in coconut water and the level of the water decreases, eventually. By placing the elephant stone on a betel leaf (Paan patta), it starts vibrating.
BUT ACTUALLY, ALL THESE ARE NOT TRUE. THESE ARE RUMOURS…