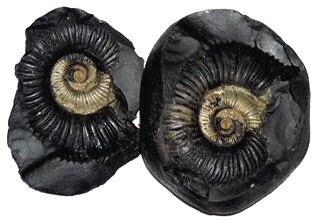 Kali (the Eternal Night), The first Mahavidya is Kali. Seated on a corpse, with long tongue protruding out, greatly terrifying, laughing loudly, with fearful fangs, four arms holding a cleaver, a skull, and giving the mudras bestowing boons and dispelling fear, wearing a garland of skulls, her tongue rolling wildly, completely naked (digambara – clad in the directions), with just a garland of demon- hands round her waist, with heaped locks of a black cascade of hair. Thus one should meditate on Kali, dwelling in the centre of the cremation ground. The Eternal Night – Kali is mentioned as the first amongst the Mahavidyas. Black as the night (ratri) she has a terrible and horrific appearance. The word ‘ratri’ means “to give,” and is taken to mean “the giver” of bliss, of peace of happiness. Chamunda Ma Kali blesses the worshipper like his son or daughter. Chamunda Roopa is for extreme protection against occult, Black magic and jealousy.The Kali Shaligram Shila bestows the devotee with eight supernatural powers. This Maha Vidya represents Krishna as per the Tondla Tantra and rules the planet Saturn. The Shila protects the devotee from natural clamity also and protects the devotee against sudden accidents and thefts. Ma Kali fulfills all wishes of the devotee and She very easily become happy on the devotion of the worshipper and blesses him all worldly happiness, peace of mind and extreme protection. This Shila bestows the devotee with immense upliftment in the business front due it Her ferocious appearance and nature of eliminating the enemies. As per Skanda Purana Chamunda Ma Kali is the first Maha Vidya. The Shaligram Shila is one of the rarest Shila amongst all Shaligram Shilas and blesses the worshipper with very long life and extremely good health. The Shila has beautiful impressions of golden tongue protruding out from the mouth as depicted in the Shaligram Shila. The power of this Shilas also described in Skanda Puran is such that the living beings that are in the vicinity of these Shilas upto 123 Km diameter too get the benefits of these Shilas without even worshipping them. This Shaligram Shila bestows the devotee with very strong intuition and makes all six senses of the devotee to work with perfection. The worshipper can clearly see the future things happening. This Shila is exceptionally good for the meditation. This Shila are very cold to touch, full of positive energy and tremendous power, extremely protective in nature, blesses the devotee with extremely peaceful environment, provides immense worldly comfort and takes the devotee to spiritual enlightenment and transcendence.